The boys wanted a quick came of Titanicus so we though down a battlemat, scattered some terrain and grabbed a pair of Warlords each.

Two avenues created gun alleys for the Titans to bombard each other as they advanced.

Both pairs fell into close combat, despite neither being equipped for slogging it out at close quarters.

It was another short game, so we decided to call the results on damage inflicted.

Legio Ulricon survived the onslaught with the least battle damage. 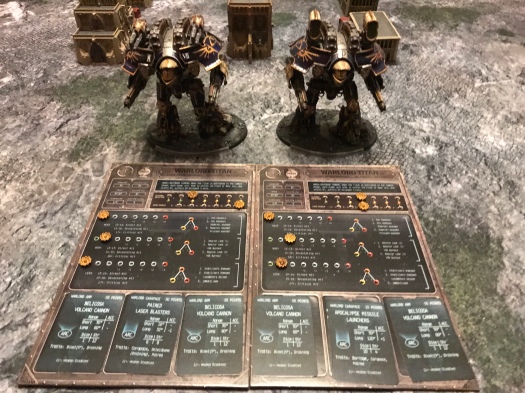 Both Gryphonnicus Warlords took critical damage and limped off to get repairs. 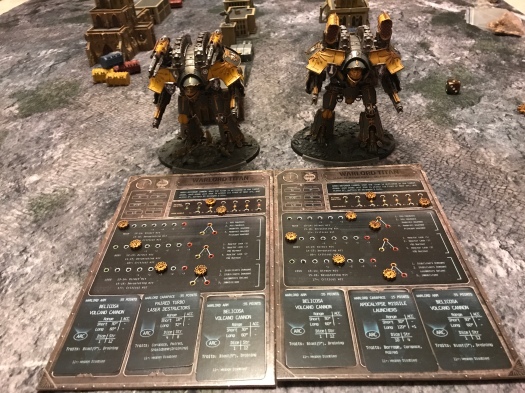