I’ve fancied getting some field artillery into the arsenal of the Skull Reapers to provide some means of softening up the enemy prior to assault for some time. This was base coated in black when I bought it and should be a fitting addition to the ranks now it’s painted up. 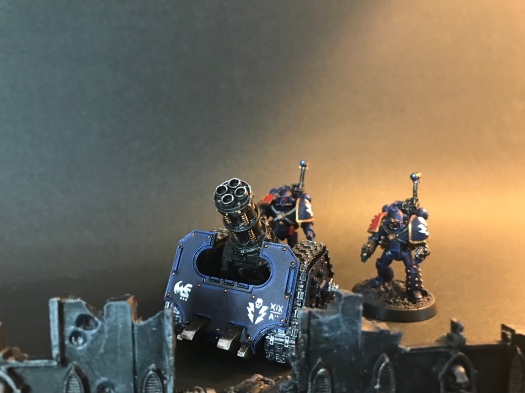 I developed a new monotone version of the company’s chapter icon. I’ve tried different means of embedding this on models over recent months and wanted to try something new for vehicles.

I enjoyed painting this one as the models had some really dynamic poses.

There were also some nice details such as on they handheld scanner which were good to pick out.

The trooper with his hand on the lever… 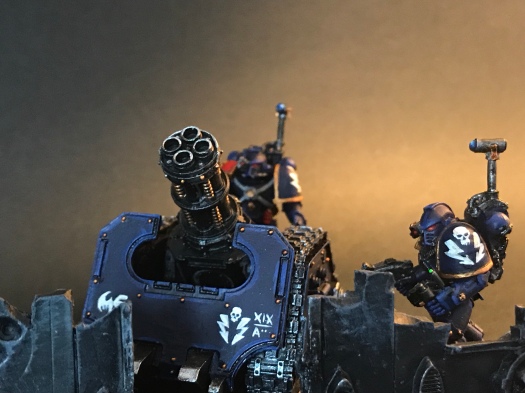