I’ve posted photos of this old Devastator squad before. I’d been reading recently about different methods for stripping paint off figures. In scent months I’ve used some rather nasty Nitromors type chemicals to clean back metal figures, but knew that this generally destroyed plastic so wasn’t an option. As I have a lot of my old figures and some inherited that need more a back to bare plastic or metal strip down I thought I’d try it out. The squad below was the target. 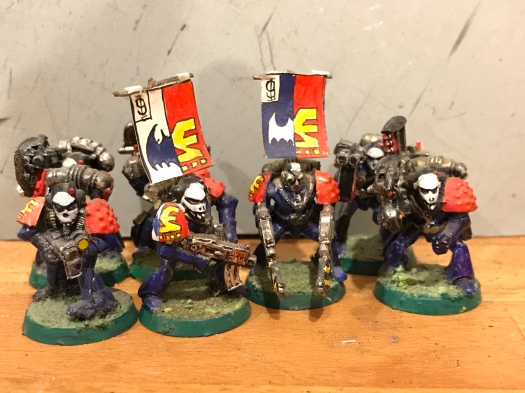 The chemical weapon of choice comes from POR a firm that made their name in the automotive restoration industry, and fittingly used to be known as Marine Clean. There was a rebrand a couple of years ago and it’s now rather more anonymously known as clearer degreaser. 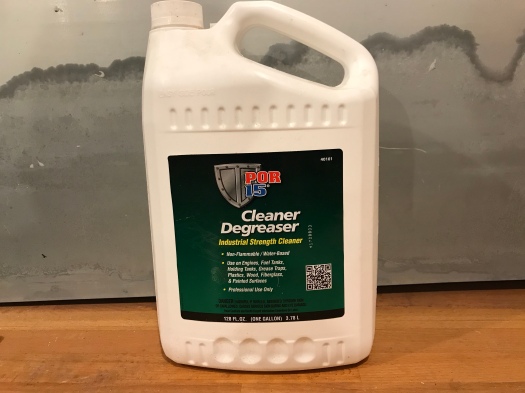 It’s not the sort of stuff you want to br breathing in when in aerosol form (plant spray bottle applicator) or handling for prolonged periods with no gloves. So get a box of blue nitrile gloves of the Bay of E to keep your mitts protected. 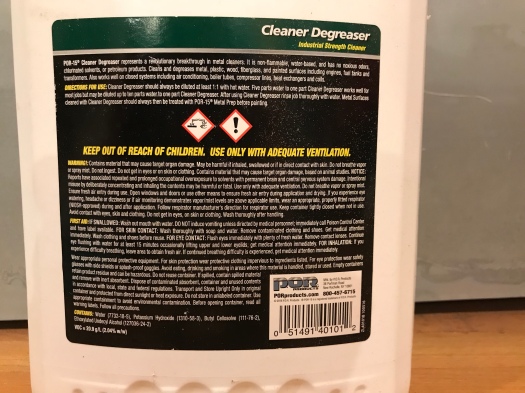 I found an old plastic container from a Chinese or Indian takeaway (the deeper ones are best). Then put about an inch of degreaser in and then dunked all the figures in making sure they were all submerged. They where then left for 24 hours after which I agitated the paint on the plastic with a long stiff bristled nylon brush. A lot of the paint was starting to come off by this point, but in some cases a further 12 hrs was needed. The POR shifted all the paint, but needs washing off in clean fresh water and may require some modelling tools to get the paint out o the recesses in the figures. 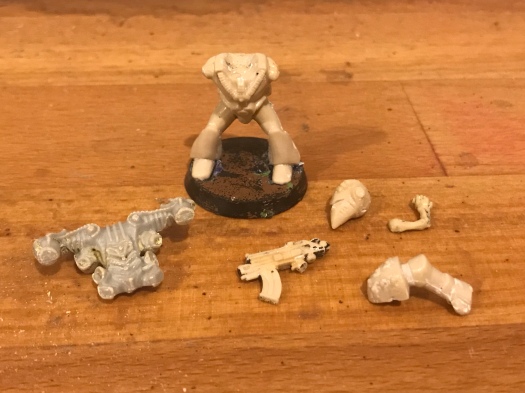 Sometimes the paint comes off in big lumps and needs little extra effort. There was no visible sign of damage to any of the figure components from the chemical bath. I gave everything a final wash in some mild soapy water in the same way you would clean off mould release agent from the resin models. I’m pleased with how everything turned out. Anyone else remember when plastic figures used to be creamy yellow? 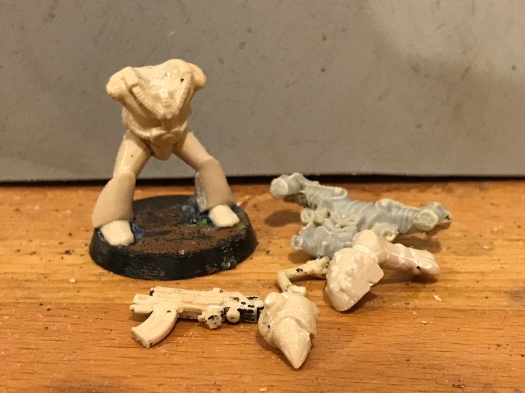 The good news with the POR Cleaner Degreaser is that it is just as effective after multiple uses, so although it might look like you water pot after an epic painting session the chemical still does the business in terms of stripping off paint.