As I plan heading off to a 1250pt Deployment Zone TV invitational tournament called King of the North to be held at Element Games in mid-January, I had a realisation. 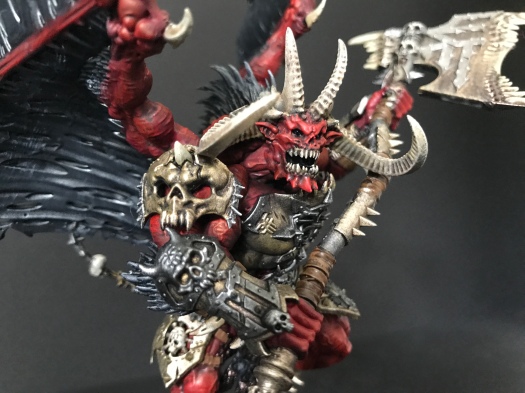 I hadn’t added that army to my list of things to do because it was done, except it wasn’t. Over the last 20 years I’ve collected that faction, but never played them as a mono list. They’re always been fielded with Chaos Space Marines, so to make a battle forged battalion I needed a few more units, which  has meant adding in the following:

They’ll be joining the Flesh Hounds (which  all need rebasing – half way through that now) and the Bloodletters and Characters to make up the army.